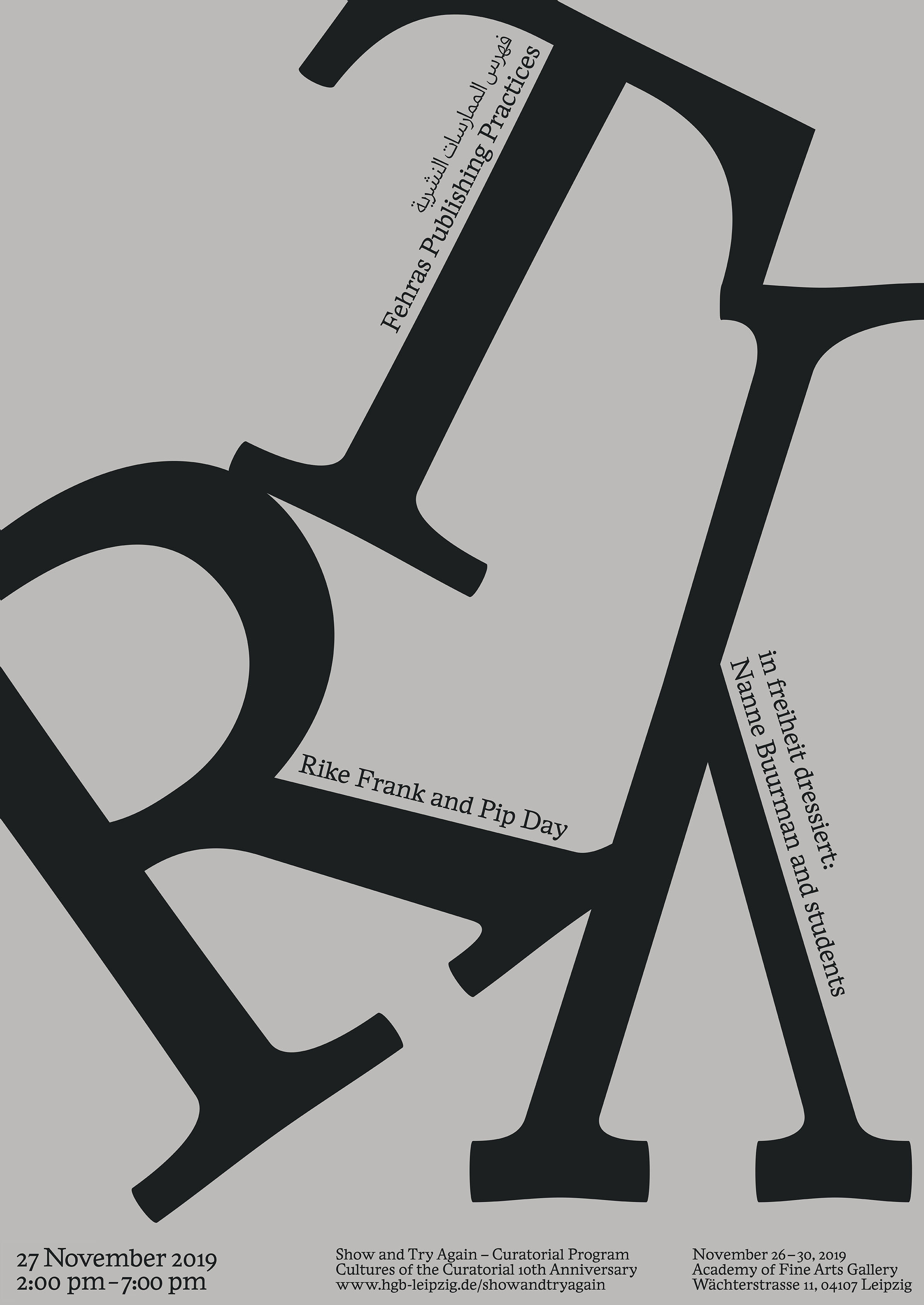 Contemporary art goes hand in hand with a ‘global art language’, which suggests a universality of discourses and practices in the sense of a self-contained, homogeneous system, despite local and regional differences. The codes of this language must be mastered in order to take part in the international art world. Translation is used here as an instrument to reflect political and cultural forms of representation and the associated power relations. What role does translation play when cultures are dominated or suppressed by language? To what extent can translation be used as a tool of change and enhancement within a ‘global art language’? Within dominant languages, can new concepts be formed and communication spaces opened? And how can untranslatability be included in a process of cultural exchange? Through the installation of a performative, lexicographical laboratory, the artist collective Fehras Publishing Practices will develop a glossary for global art terminology based on bilingual art publications from the HGB library—and consider this as a multilingual conceptual space.
Sami Rustom, Omar Nicolas and Kenan Darwich founded the artist collective Fehras Publishing Practices in Berlin in 2015. The collective researches the history and presence of publishing and its entanglement in socio-political and cultural spheres in the Eastern Mediterranean, North Africa, and the Arabic diaspora, focusing on the relationship between publishing and art historiography. Its concern is with the role of translation as a tool facing cultural domination in its traditional and modern forms, as well as a tool for creating solidarity and deconstructing colonial power. Fehras observes publishing as a possibility for creating, transferring and accumulating knowledge and therefore initiates projects that carry different forms such as exhibitions, films, books, lectures and performances. Projects include Borrowed Faces, Stories of Publishers during the Cold War, n.b.k., Berlin (2019); Disappearances. Appearances. Publishing., EMST, Athens (2018); Soapy Postmodern Bathwater, Sharjah Biennial 13: Tamawuj, Sharjah, UAE (2017); Waiting Trajectory, Haus der Kulturen der Welt, Berlin (2017), among others.