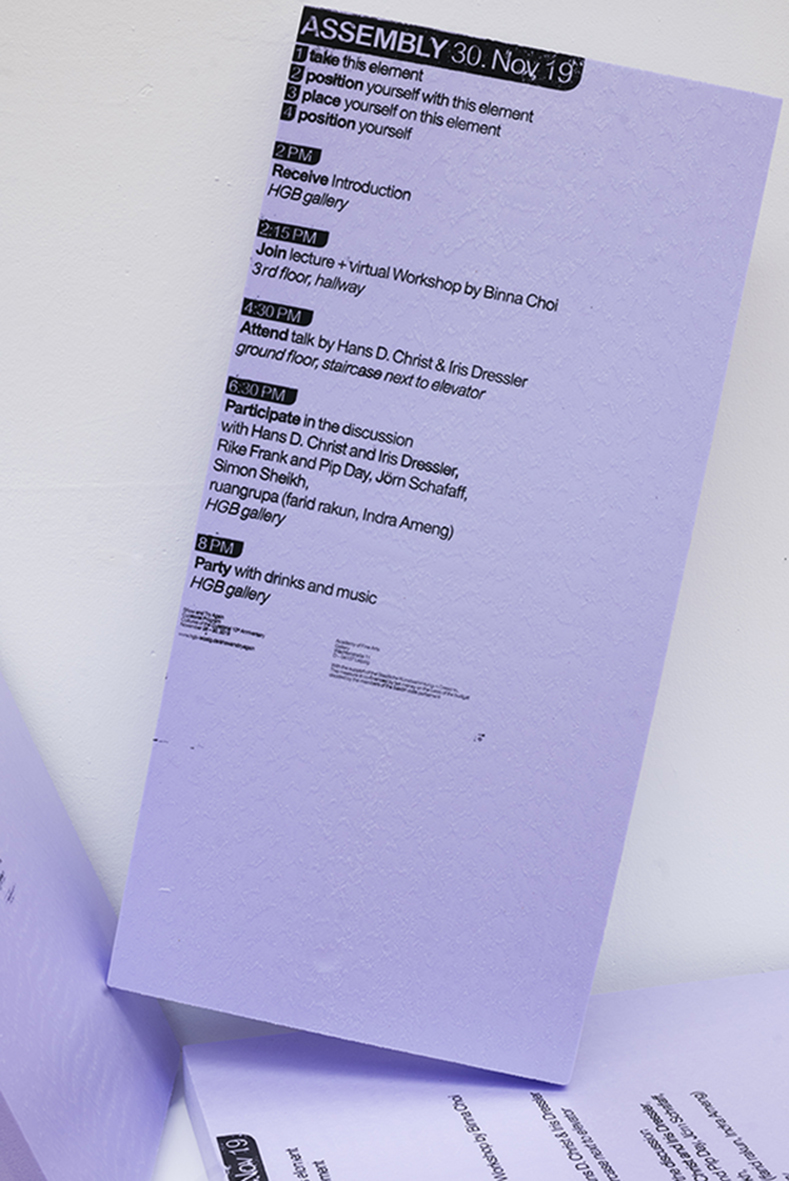 Ari Benjamin Meyers & Jörn Schafaff
Ari Benjamin Meyers received his training as a conductor and composer at The Juilliard School, Yale University, and Peabody Institute. Trading the concert format for that of the exhibition, his works – such as Kunsthalle for Music (2018), Symphony 80 (with the Bavarian Radio Symphony Orchestra) and Solo for Ayumi (both 2017) – explore structures and processes that redefine the performative, social, and ephemeral nature of music as well as the relationship between performer and audience. He has collaborated with artists including Tino Sehgal, Anri Sala, and Dominique Gonzalez-Foerster and with bands such as The Residents, Einstürzende Neubauten, and Chicks on Speed. Recent solo shows include Ari Benjamin Meyers: Kunsthalle for Music at the Museum of Contemporary Art Santa Barbara (2019), Tacet at Kunstverein Kassel (2019) and In Concert at OGR Turin (2019).
Jörn Schafaff is an art scholar who preferably works in between disciplines. With a background in cultural studies, his research and teaching currently revolve around the exhibition as an artistic medium and cultural format of presentation – with a special focus on the interrelations between visual art and other artistic and non-artistic fields of practice. His publications as author and editor include Cultures of the Curatorial (2012), Assign & Arrange: Methodologies of Presentation in Art and Dance (2014) and Sowohl als auch Dazwischen: Erfahrungsräume der Kunst (2015). His recent monograph, Rirkrit Tiravanija: Set, Szenario, Situation (2018), is currently being translated into Thai and English. In early 2019, he collaborated with Ari Benjamin Meyers on the exhibition Tacet, working on the concept and making his debut as a performer in the show.